The council accepted a $1.75 million bid from Muniz Concrete and Contracting, a bid that was about $150,000 lower than what the city’s consultants originally estimated.

The rehabilitation project, which is expected to break ground in January, is aimed at improving the streetscape and walkability of three downtown blocks on the Main Street corridor between Farm and Pine streets, as well as the Pine Street block between Main and Water streets.

Tuesday’s contract approval was the final step in what has been a process ongoing since 2013, when the Bastrop Economic Development Corporation issued a bond that provided $800,000 for the project. In 2018, another $1.1 million was allocated to the project as part of a $4.7 million bond the city issued to finance several improvements around Bastrop, including budgeting $2 million to rehabilitate the Old Iron Bridge and funding two years of a multiyear street maintenance program.

“This is a culmination of years of work,” said Bastrop Council Member Bill Ennis, who served on the Main Street Design Committee several years ago. “I am so pleased we are finally getting this done.”

The city’s contractor, MWM DesignGroup, has laid out a construction timeline that will take place in three phases over nine months.

Nov 5 2019
The Bastrop Economic Development Corporation has hired its attorney to serve as its executive director after the departure of Mike Kamerlander. Cameron Cox, a senior associate with Denton, Navarro, Rocha, Bernal & Zech who had served as the BEDC’s legal counsel for about a year and a half, began his rol...Continue Reading 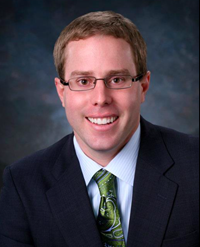