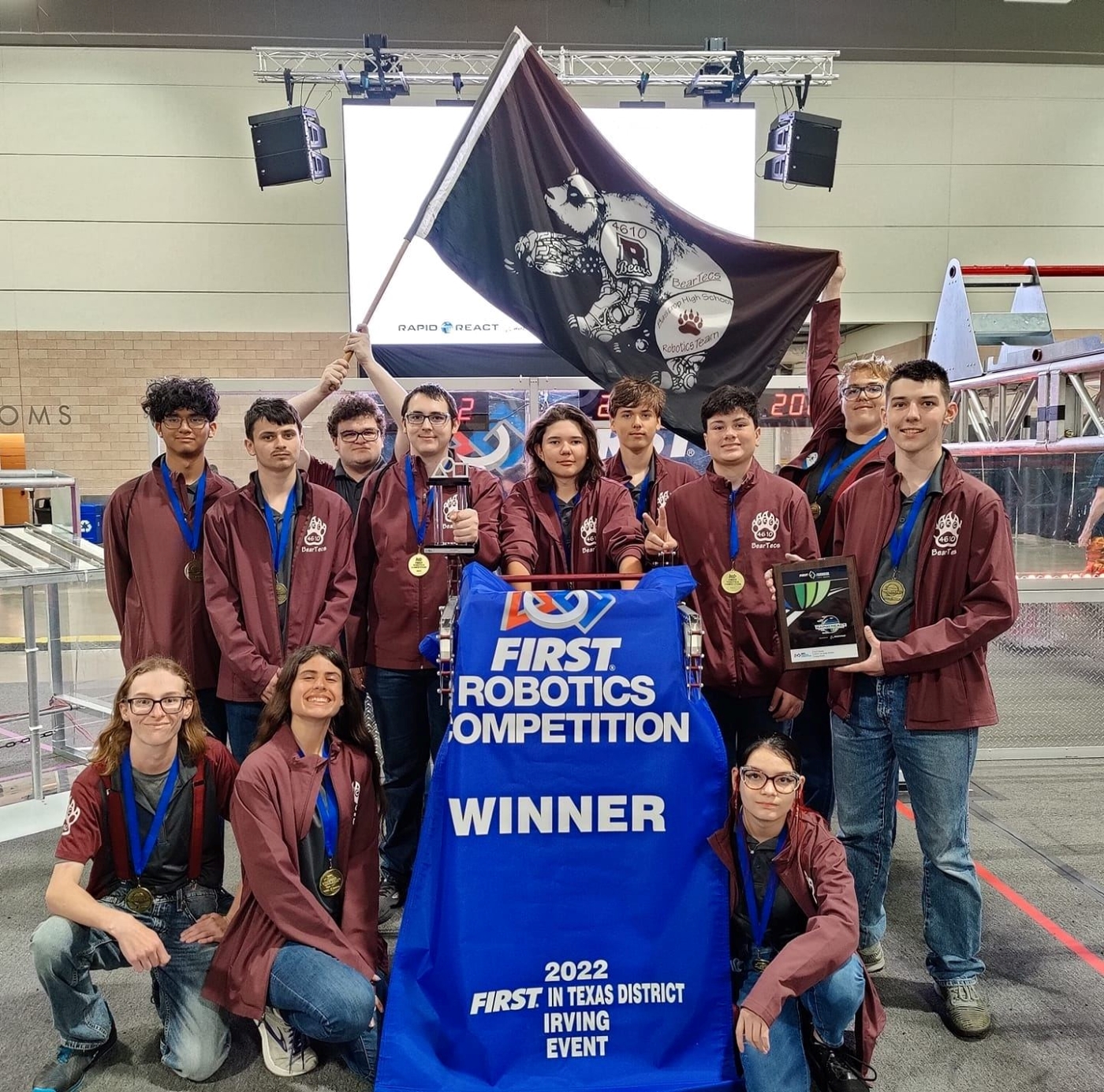 Successful economic development relies heavily on workforce development. In recent years, addressing the skills gap in the labor pool for careers in science, technology, engineering, and mathematics (STEM) has been an urgent focus. Often efforts are targeted at post-secondary programs, but there are real benefits to focusing STEM advocacy and programs on younger students. Texas is leading the way with FIRST in Texas which supports robotics teams and events throughout the state. The FRC Team 4610: BearTecs FIRST Robotics team at Bastrop High School is a prime example.

“I had the privilege of visiting the robotics program last Wednesday at Bastrop High School,” said Ashley Mutschink, Bastrop Independent School District Board President. “I was totally amazed and impressed by the students and their demonstrations. The knowledge and skills of our students were amazing. The passion of the students, mentors, and teachers was so energizing. What an awesome experience!”

The BearTecs are part of FIRST in Texas which works closely with FIRST, the national program. The goal is to bring STEM to kids in an exciting way to put them on a pathway early to fill the skills gap in tomorrow’s workforce. FIRST in Texas was originally founded in 2010 as a grant recipient of the Texas Workforce Commission.

The BearTecs Robotics Team, founded by student Miller Riemenschneider in 2012, consists of high school students ages 13 to 18, with up to 20–25 students on the team each year. The team has six weeks to design, build, and program a robot to compete in each year’s multi-level competition.

Ryan Gibson, BearTecs’ current teacher sponsor, described how he became involved in the program and how it changed his teaching style. “I initially became involved when a few students in my AP Physics class, who had been on the team during its rookie year, reached out to me to help them with a t-shirt launcher. Prior to this, I had no knowledge of FIRST and high school robotics. I helped them with the physics and math and they invited me to come check out what they were working on.” 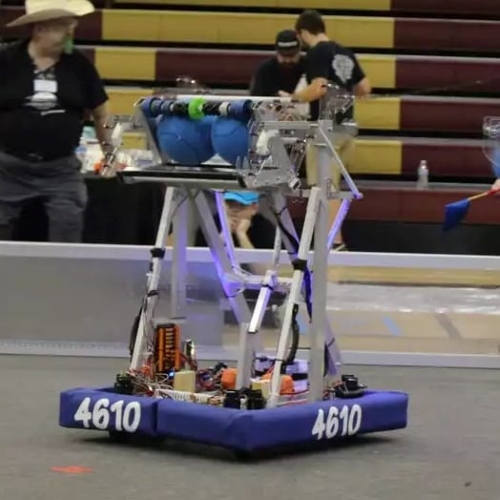 The t-shirt launcher was an addition to the previous year’s robot that the team was planning to use at football games. When Gibson stopped by to help, what he found was “a pile of parts, tools, and lots of ambitions.”

“When we finally got the launcher working and took it out for its first game, I had a blast just hanging out with the kids so I kept coming back,” said Gibson.

“Being around a program that promotes the idea of ‘fail forward’ and ‘lean into the struggle’ let me see that my classroom could be difficult and still successful if only I changed the way I approached learning,” continued Gibson. “Since I have been adapting my classroom to be much more a reflection of FIRST Robotics Competitions, I find myself now teaching in a way that encourages my students to take much more ownership and discovery of knowledge. This often leads to struggles and ‘First Attempts In Learning’ (F.A.I.L), but when students accept they are not always going to get the answer early, but only after initially failing, it creates a discussion about the content.”

“No longer am I just an answer bank with a red and green pen. Instead, I try to focus on the solution leading to the answer: ‘How did you, as a student, get to this answer? What evidence supports your claim?’ It drives my students crazy that I do not answer their questions, but instead, ask more to help the student reach the correct answer.”

Luigi D'Amico, BHS Junior and BearTecs Mechanical Lead, shared what the robotics program has meant to him. “I came into robotics for the engineering skills at first, but then realized that family, friends, mentors, acceptance, and hard work were the reasons I stayed. And the most amazing part about this whole experience is that I get to learn so many valuable skills and amazing lessons every day along the way through the community and the people around me.”

“I mean, where else can you say that the person you were going to compete against in the next match just told you how to fix your orientation problems on your robot just so that they could have a better match with you?” continued D’Amico. “And then there are the mentors who teach you and help you along the way with their wealth of experience and knowledge that never ends, all to help you succeed.”

As D’Amico mentioned, community mentors, such as Charles LeBlanc, Principal/Project Executive at IMEG Security Group, play a major role in the team. “A simple quote about robotics is almost impossible since it has had such a profound impact to me personally and professionally,” said LaBlanc. “As an electrical engineer, I was naturally drawn to robotics. I was immediately hooked once I visited the program and began mentoring FRC 4610 BearTecs almost immediately after meeting them. My youngest son joined the team a year later and has also been mentoring a team since he graduated high school!” 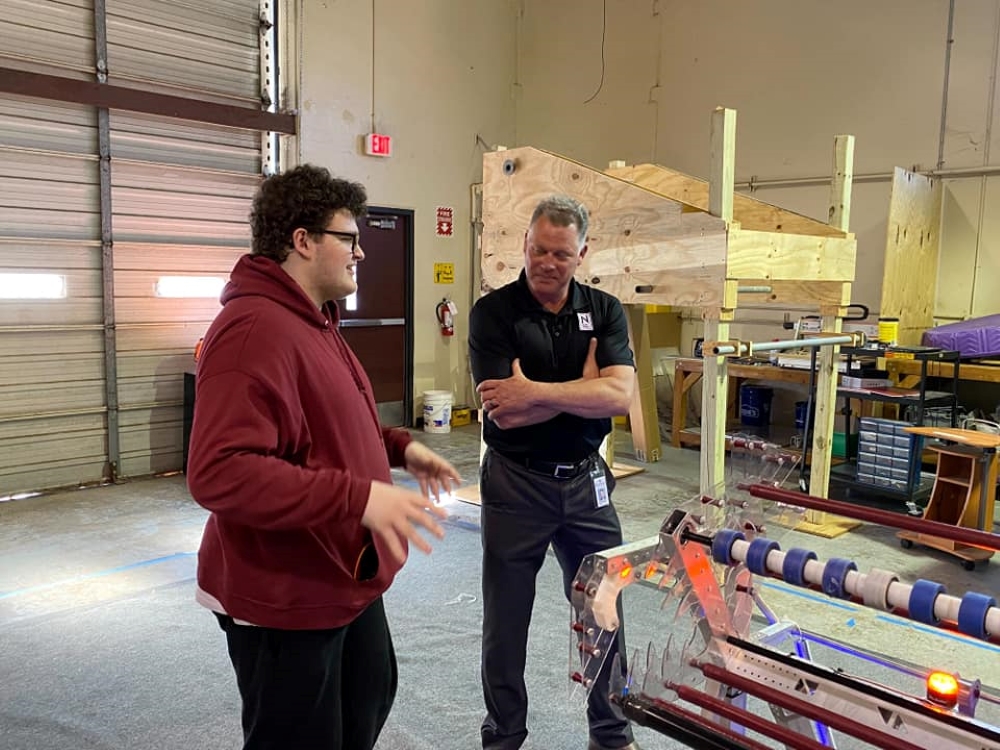 “Mentoring a robotics team has been especially rewarding to me and I continue to mentor the team and volunteer at robotics events long after my son graduated from the program,” continued LaBlanc. “Mentoring my son further bonded our relationship in a way that I had never thought would possible, especially while he was a teenager. As a professional, robotics is a great conversation starter and relationship builder. Almost everyone I meet asks for details when I mention that I mentor a robotics team. After all, ‘robots are cool!’ This immediate positive reaction allows me to grow professional relationships and further promote robotics.”

BearTecs earned their way with district wins to the FIRST in Texas District Championships in Houston to cap off National Robotics Week. Unfortunately, their robot had some mechanical issues but they never missed a match. The students took this as a learning experience and after returning to the classroom they worked through the challenges and put together a plan to address and evaluate how to proceed in the future with such events. Visit the BearTecs’ website for more information and to explore the history of the program.

Bastrop is truly Central Texas’ next frontier. To learn more about workforce development or to discover how Bastrop is perfect for your business relocation or expansion, contact the Bastrop Economic Development Corporation at (512) 303-9700 or info@bastropedc.org. 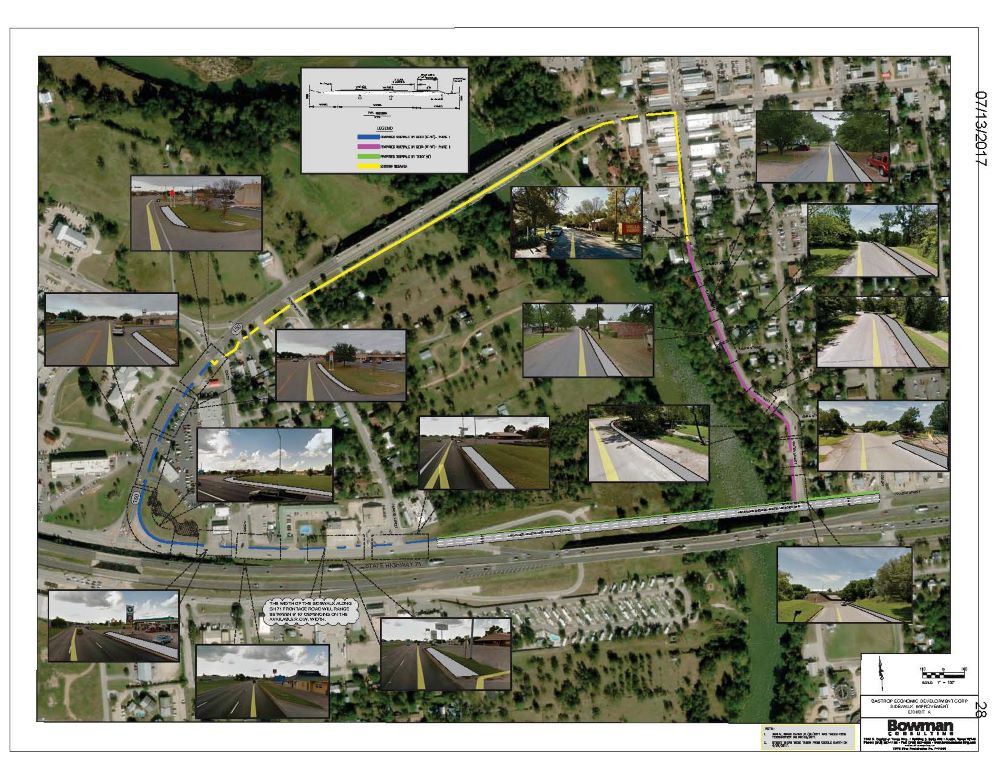 Ground Has Broken on the Bastrop River Loop Trail

Feb 18 2022
As we inch closer to spring, Bastrop, Texas, residents have even more to anticipate. Construction of the Bastrop River Loop Trail is underway! “The river loop project was first approved by the BEDC Board in 2017, and we are thrilled to see it coming to fruition,” said Angela Ryan, Operations Manager...Continue Reading 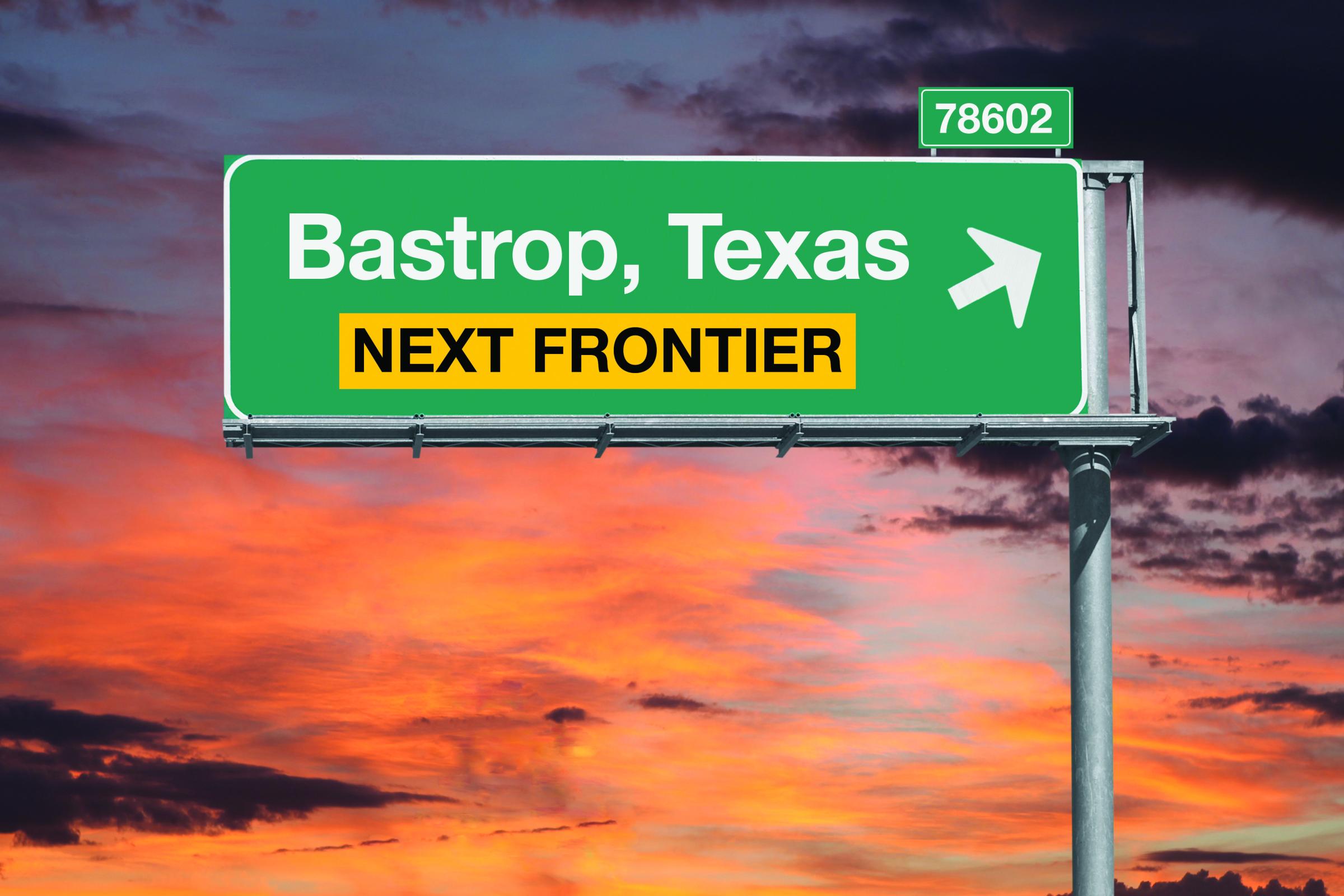 Dec 23 2021
Bastrop is Central Texas’ next frontier and this has never been more true than in 2021. Bastrop Economic Development Corporation (BEDC) facilitated and incentivized a number of business relocations, expansions, and negotiations. Bastrop is perfectly situated for companies looking to expand into the Texas market because it is located jus...Continue Reading